It seems a long time ago that I wrote a story with that title. I still like the concept, but on reflection I doubt if Ed Straker would make a good President of the USA. A good General maybe, but perhaps he is best in his current role!  But the ‘New Beginning’ refers to this site. I baulked for a long time over having this, but it is a delight to work with!

Three years now. June 2009 . I can  still remember logging onto Google and in an idle moment typing in UFO and then going to Wikipedia. And then??  Evenings spent reading every piece of fanfic in the UFOverse that I could find. The good, the bad and the downright ugly. A starving man won’t turn his nose up at scraps. At least not until the fillet steak comes along!

Then I started writing, although it took over a year before I began to develop a real appreciation of the ‘work’ involved in writing. Until then I was writing ‘fan-fic’  Pure froth with little regard for the compexities and the skills needed to produce a good story. I learned about Mary Sues, about voices, and dialogue, about developing characters and plots. I learned about writing. I hope I learned how to write a good story.

UFO has few fans, not surprisingly, given the reluctance of the TV companies to show the series again. It is also a far more complex series than Thunderbirds, which is pretty two-dimensional when you consider the background of the main characters. You can write pretty much anything  you like about the Tracy boys and it could be true, whereas Straker and Co are far more interesting!.

This site will, eventually, hold all my stories including the original ones. I was going to tweak them ( and I have edited some UFO ones to remove the worst errors – Alec being an Australian for example, or Paul being incompetent), but apart from that they stand as they were originally written and published. The writing errors are mine. I hope that, if you read them, you will be able to see how I have developed, and improved since August 2010.

LtCdr.. with grateful thanks to G for her support! 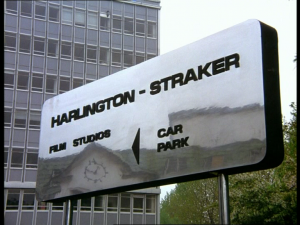