Another foray into the world of cabins and targets and frantic typing. I could cheat and dictate the story and get the computer to  type it up for me later, but that is missing the point. It’s the discipline of doing a set number of words, of forcing yourself to stop fertling and actually get on with the story, of putting aside the doubts and simply DOING it. This is starting as a UFO story, but it’s a little bit ‘tweaked’ and in its own ‘universe’ in some respects. And here I am ….. procrastinating again instead of typing!  Better get cracking. Now how did that story idea start??

It was a dark and stormy night………. 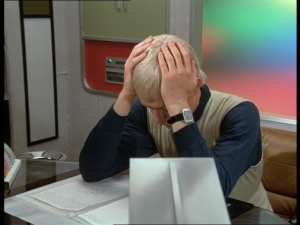 Straker realises with horror that LtCdr is doing NaNo again!