Straker finished his last check of the details and looked at his watch again. Paul was due back in less than an hour, and that gave Straker time to get to Sara’s house and talk to her, to explain what was going to happen and get her back here. He looked around the office. No charts, no maps, nothing left out that might give a clue to the operation that had been planned with such care. Time to go and he opened the door, before an irrational fear came into his mind.

Would he see this room again? A dark image leapt into his thoughts and he shuddered as if he was trapped once more in alien hands with the cylinder waiting for him, ready to embrace him with coldness and the promise of a lingering and drowning death. He shook his head, leaning on his desk until the terror faded and the vision retreated. Shroeder had warned him this might happen if he got tired, but there would be time to rest afterwards, though he could not prevent the treacherous thought burning in his mind  once more: if there was an afterwards.

He walked out, closing the door behind him and not looking back.

Darkness had fallen earlier and he drove to Sara’s small townhouse even as his mind deliberated over the plans for rescuing Alec. Woolwich Foot tunnel. How the hell had the aliens discovered that the tunnel had been put out of use for the foreseeable future? It was a perfect access point for them, a base camp hidden under the murky water of the River Thames where they could create clones. Maybe they had built a dome there.

There was no point in idle speculation though. It would all become clear tonight. At high tide. He tightened his grip on the steering wheel as a shiver of fear made his hands tremble.

It was with relief that he pulled up outside Dr. Harper’s house.  Action at last, instead of the monotonous grind of discussing tactics. He had not told her that he was coming and yet she was there, opening the door as he walked up the narrow path, then stepping aside to let him in without saying one word.  He went into the lounge and turned to her before he saw the look of dread on her face and realised with horror what she was expecting him to tell her.

‘No Sara. It’s not Alec.’ He was quick to reassure her and he reached out a hand to grasp her arm. ‘I’m not here with bad news. Far from it.’ He made her sit down. ‘Now. I need you to listen.’

Rebecca stopped. There was a car parked outside the town house and she hesitated, but no, Sara had said that Alec was away, and anyway, this car wasn’t his. She tapped on the door and waited and when it was clear that no one was going to appear, used her key to open the door and walk in. The lounge door was closed and she pushed it open.

She stopped and put her hand up to her mouth to suppress a cry of disbelief. She had been such a fool.

Straker held Sara’s hand as he told her, as her eyes filled with tears, and she sniffed and rubbed them with her sleeve until he pulled out a clean handkerchief and handed it to her. ‘So. I think there is a good chance that Alec and Keith are alive, and if so I want you there.’ He looked at his watch. ‘Paul will be waiting at headquarters for us.’ He stood up, moving as if he was stiff and she saw him wince and put one hand against his side. ‘Ready?’ he said.

Sara frowned. ‘Hang on. Are those stitches hurting?’ She reached out and he shied away.

‘No, just a little tight. I’ll get them seen to in the morning.’ He dismissed her question but her reply startled him.

‘No you won’t. Strip off. Let me see them.’ She was heading out of the room even as she spoke and he stood there, perplexed and not moving. He heard water running in the small cloakroom, heard her washing her hands and drying them, and then she came back into the room with her bag in one hand. She glared at him. ‘I told you. Let me take a look.’

She saw him grimace as he pulled his sweatshirt and then the t-shirt up and over his head, dropping them onto the sofa and then standing there with his arm lifted out of the way so that she could see the dressing on his ribs.

‘This hasn’t been changed for at least a day has it?’ Her voice was stern and he felt like a schoolboy again, standing in front of his headmaster.

‘That’s no excuse. Stand still.’ She tugged the covering away. ‘Idiot. No wonder they hurt. They’re ready to come out.’ She turned away and opened the small bag and he heard the snap as she pulled on latex gloves. A slight noise from outside distracted her for a moment but she ignored it and concentrated on the man standing in front of her. ‘Hold still now.’

He was aware of sharp stinging as she cut the stitches and removed them and then a welcome release from the hot prickling tightness that had been irritating his ribs for the last hours. He sighed and loosened muscles that had been held rigid for too long as Sara stripped off her gloves. ‘You should feel much more comfortable now, but they’ve healed well.’ She ran her bare fingers over the neat red line on his ribs to check once more, and then turned at the sound of the lounge door opening.

‘Rebecca? What are you doing here?’

Rebecca stood in the doorway, one hand pressing against her mouth as if she was going to vomit. And she felt as if she might. She looked at the two of them, Ed standing there half-undressed with Sara next to him her hands touching him, holding him.

She forced words out, as if they were poison. ‘Ed? What ………..?’ then put the carrier bag down, still, in some foolish way, mindful of the bottle of red wine, the casserole, the cheesecake.

Straker looked at her and took one step but she backed away from him, her eyes wide with horror and with the realisation that he had deceived her, he had betrayed her, and the words came spilling out.

‘You lied to me. You lied. I thought you… we… I thought that … Don’t touch me,’ she cried as Straker put out a hand to her. ‘Don’t. I trusted you. And you …’ She turned away, knocking over the bag, stumbling from the room. Sara ran after her, but Straker heard the front door open and slam shut and Rebecca was gone.

He sank down onto the sofa, his hands clasped together, his body shaking as he closed his eyes. There was a touch on his shoulder, a concerned voice close to him. ‘Ed. Are you all right?’ but he could not answer. There was nothing to say. He had lied again. 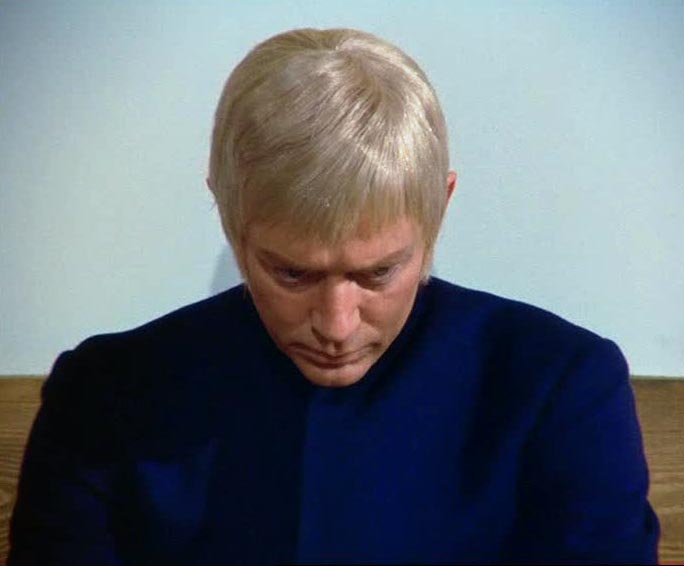 Straker had insisted that Sara wear dark clothes and she had gone upstairs to change while he pulled on his sweatshirt and then sat there on the sofa. He stood up, forcing a grim smile as Sara came back into the room. ‘Good. You’ll be less conspicuous in those. Have you got a black coat?’

‘Ed…..’ she paused, gesturing to the carrier bag that he had picked up and placed on her coffee table.

He stared at her and she glanced down, hating the dead look that was filling his eyes. ‘A black coat. If you have one. And a dark hat. You won’t need anything else.’

‘Me?’ An expressionless voice. ‘I’ll stop on the way and pick up my things, change when we get back.’

He led the way out, walking to his car in silence. Not a word spoken even when he pulled into the driveway of his own bungalow and turned off the engine.
The small bunch of keys lay in his palm and he tightened his fingers around them. ‘One minute.’

Sara watched as he walked away, his hair shining in the beam of the security light, his stance unbending. She wanted to console him somehow and yet, and yet, there was nothing she could say to him. Nothing. And that worried her. Ed had enough to deal with tonight.

The only hope was that they might rescue Alec. Alec would know what to do. But that might be too late.

He came out with his suitcase and put it in the boot, got back in, pulled the seatbelt across.

He stared straight ahead. ‘Later.’ A silent journey. He did not speak again until he was in the outer office and then it was just to say that one obligatory word;  ‘Straker’. His voice was dull and lifeless, sounding so unfamiliar that Sara wondered for a moment if it would be recognised, but the system accepted him and the room descended.

A brisk walk through to his office where Paul Foster was waiting, pacing up and down, restless and uneasy.

Straker put his suitcase down. ‘Is there a problem, Paul?’

‘No.’ Foster sighed, ‘I just want to get going, want to be doing something rather than wait here.’ He smiled at Sara, ‘I’m not very patient at the best of times, Dr. Harper, and knowing that Alec and Keith might be out there, well, …’ he shrugged his shoulders.

Straker perched on the edge of his desk. ‘I know Paul, I feel the same way. Anything I need to know?’ His voice was back to its normal tone, no hint of the distress of earlier, and Sara gave him a quick look. His face was still pale and she could see the strain in his eyes but the mask of Commander had slipped back into place. She wondered how many other times he had hidden his emotions behind that façade of steel control.

‘Fine.’ Straker gave a brief smile. ‘I’ll meet you both up top. Sara?’ He tilted his head at her. ‘You stay with me once we get there. Understood?’

She held his gaze. A long look. ‘Yes Commander. I do.’

He changed into dark clothes; black trousers, t-shirt, sweater. Black jacket. All the while re-examining the plans in his mind, checking for any minor details that he might have overlooked. But he knew he had covered everything. Every last detail. He pulled on soft soled shoes, folded his jeans and sweatshirt and put them away. The emergency evacuation of the areas around the two entrances to the tunnel would be starting now and by the time they got there both areas would have been cleared. No one would see them move into place. Time to go. He picked up his keys, fastened his jacket and left.