Sara tugged off her night goggles, and wiped sweat from her forehead. They had been waiting here in the small antechamber for what seemed like an eternity. There had been sounds of gunfire from behind the barrier and she had been aware of Straker flinching at every noise, but he had remained still and had not spoken once. He had stood there, arms folded, watching, waiting. Jackson had come along the tunnel and joined them after a few minutes, but he too had been silent. Her rucksack was uncomfortable and she twisted her shoulders to ease the weight. She was thirsty and her heart was pounding with … fear? Apprehension? She shuffled her feet and Straker looked across at her, and pulled his own goggles away before he too rubbed his face with one hand. There was a sound nearby and as a shadow moved across the dim light behind the alien wall

Straker pulled her behind him before the material split open once more.

‘All Clear, Commander.’ Lt. James held the slash open to let them step through.

‘Casualties?’ One word from Straker, but Sara heard the concern behind it.

‘Minor injuries.’ James knew well enough that the SHADO Commander was not thinking about aliens. ‘Franklin, Croft, Wilson. All conscious, all mobile.’

Sara placed her hand on the walls of the short passage as she followed Straker and James. Smooth textured material resembling soft plastic yet with an unfamiliar feel to it. The passage was short and she stepped out into the brightly lit underground dome with a sense of shock. The arch of the dome curved above her in soft pastel shades that were soothing to the eye despite the strangeness of the environment. She stood there, a little awed by the alien beauty of her surroundings and at the people who created it.

Straker dropped his goggles and pulled off his backpack even as he was heading for the small group of casualties that were clustered together. She heard him talk to each man, saw him touch them with a concerned hand, saw him watch as Jackson started treating them. Then he straightened and stared around the space as if seeing it for the first time.

‘Dr Harper. Here.’ The Lieutenant’s voice startled her and she turned to see where he was. ‘It’s Colonel Freeman.’

Dear God. Alec. Ford. And she hurried over to where the Lieutenant was standing as Straker joined her. James had opened one of the three grey cylinders that were lying against the edge of the space and she looked down at Alec’s face. Grey and sickly looking, his eyes sealed shut, a narrow hose down his throat. He looked as lifeless as his clone. Her fingers touched his cheek and she gasped with relief as she encountered the warmth of living flesh. ‘Alec?’ She wanted to lift him up, to hold him, to get him out of this place that had now taken on a nightmare appearance, but she saw the thin tube that went into his navel. Straker leaned over his friend to place one hand against Alec’s cheek and Sara heard him whispering. She stepped away for a moment.
‘Commander.’ James had opened the other two containers and was looking sick with revulsion. Sara joined Straker as he went over. ‘Oh god.’

It was a woman. Naked, skeletal, a feeding tube running into swollen and infected flesh. Skin raw and flaking from dried sweat and lack of care. And yet that was not the worst thing. Sara turned away and nearly retched.

Chloe Rimmer. Straker recognised her face, even distorted and damaged as it was. But it was not the face with its haggard lines, its dry and cracked lips with festering sores, its matted and tangled hair that had made Sara turn away. Chloe Rimmer looked up at Straker and opened her mouth to speak, to scream. No sound came out, apart from a hiss of air from the gaping hole in her neck.

Straker would have turned away as well, but he remembered Keith Ford sitting in his office, drinking brandy and shaking. And he remembered Keith’s words. ‘Those sounds are coming from human vocal cords that are being manipulated by means of electrical charges. And there is one more thing. Those vocal cords belong to a woman, you can tell by the pitch.’

Chloe Rimmer. Innocent victim. He laid his hand on her forehead and smiled at her. ‘Chloe. You’re safe now. Lie still.’ She blinked at him, her lips moving as if she was trying to speak, her eyes distressed as she tried lifting her hand. ‘Shh,’ he murmured, as if to a child. ‘It’s alright. We’ll get you out of here.’

Sara leaned over the woman now, her eyes looking not with horror, or even compassion but with clinical concern. She took hold of Straker’s arm to pull him away from the cylinder and the woman. ‘I …….. ‘ She held her hands out in a gesture of hopelessness.

He glanced back at the woman, then at the other two containers, one with Alec, and the other now open to reveal Keith Ford, alive but unconscious. ‘Do what you can.’

Sara considered for a moment. ‘I’ll get Keith out and see how it goes with him first. The woman will be a risk.’ She stared at Straker before turning back to lean over Keith Ford.

The SHADO Commander went to stand near Alec, but there was nothing he could do to help here and he had other duties. Sara was working on Keith; Jackson was busy with the injured men. The aliens, three of them, lay huddled on the floor, spattered with bright blood. It did not matter that the enemy were all dead. They had rescued Alec and Keith. It was just a case of getting them out of here. Alive.

He looked around the space, wondering how the aliens had managed to hollow out this cavern deep under the river bed. Perhaps they would never find out. A darker section of the wall, on the opposite side to the tunnel entrance, caught his eye and he went over to look at what had to be an airlock. He peered though the transparent panel but all he could make out was a cylindrical space, no more than a metre wide. There seemed to be no way to open the door, no controls, no keypad. In frustration he pushed his hand against the panel ……. and the curved door slid round.

He did not hesitate. One step took him inside the airlock, and he looked up to see if this was, as he suspected, the access route to the surface. It was impossible to tell with any accuracy. There was a sectioned ladder but the airlock was closed off above his head by some kind of seal. He reached up to flick it with a fingernail. Metal. He wondered how it opened, and what was above it. An airlock on the river bed? That would be the logical explanation. It would have to be checked out later. He looked around and saw another panel, smaller and below eye level and as he leaned down to look through, and as his hand touched the pane, the door behind him began sliding across.

He spun around, but he was too late and he knew that even if he had managed to get his fingers against the edge of the curved door he would not have been able to prevent it closing. He was trapped. Perhaps he could force the metal seal open, climb up the ladder…

There was a loud hiss of air, and he felt pressure in his throat and jaw, painful pressure and he swallowed as he pressed his hands hard against his ears to try to ease the discomfort. There was a draft of air behind him and he turned again to see another door slide across, opening the way into a second dome. There was nothing for it but to take that first step, and hope that no aliens were waiting. 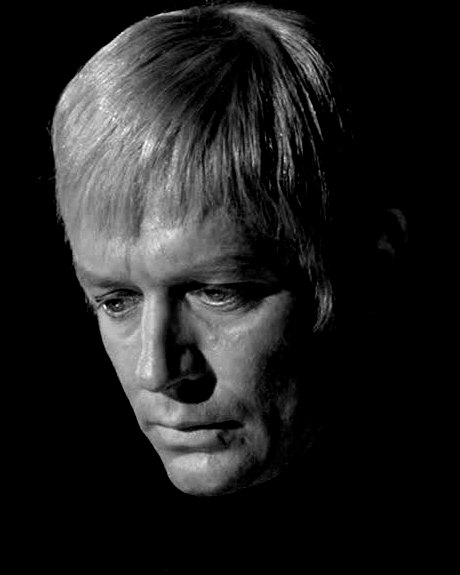