In June 2009 I re-discovered UFO and started reading what little fanfiction there was to be found. Then I started writing it as well. A lot has happened since then, both in terms of my development as a writer and in my personal life. I remember the thrill of reading that there was going to be a new UFO film, and the grim realisation after two years of waiting  that,  like a lot of things we are promised, it was probably never going  to appear. Perhaps it is for the best.

And today marks another end, a change of direction in my life. It’s not something I would normally write about, but after five years of working alone and coping with a difficult and stressful job, I am moving on. Time for a change,  time to have a more positive outlook  after too long seeing the darker side of life. It will be good to work in a team once more and not to have to deal. alone, with some of the sadness and hopelessness  and utter despair that I encounter nearly every day.

I am continuing to write UFO stories, exploring  the characters, putting them in difficult situations in an attempt to find out how they will react,  and then  hiding before they realise what I have planned for them! But on a serious note, perhaps the following  explains why I am still here.

When you believe in a character, however long ago they existed or however forgotten by the rest of the world, and you believe in them with all your heart and soul and you allow that character to live in your writing and to be themselves, they will never die. They live on, for as long as your stories live on.

That says it all really. 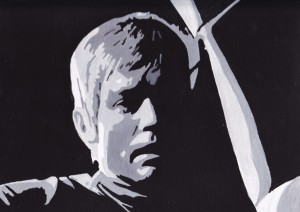 One thought on “The end of another year.”