The shout from above made Virgil Tracy twist round, only the harness preventing him from losing his balance and being swept away in the torrent of floodwater. The reason for his brother’s alarm became clear. A solid mass of debris was heading for him; tree trunks and shattered fence posts, smashed window frames and distorted bicycles, a flash of steel from a garage door, the roof of a garden shed bobbing up and down. All tangled together in one lethal mass of destruction. There was no way to avoid it. He looked up to see Thunderbird Two hovering over the centre of the flood, rainwater pouring off her like a waterfall and Gordon leaning too far out to tug a warning  on the cable. Even at this distance Virgil could see the fear on his brother’s face, could hear the harshness of his voice.

‘Get out of there Virgil. It’s too late.’

And it was. But that made no difference.  ‘Not yet,’ he shouted back. ‘I need more time.’

He was close enough to touch the man trapped in the car, was close enough to talk to him and try to calm him, was close enough to see the sheer terror in the stranger’s face, hear his pleas for help. He could hear him spluttering as the water splashed into his mouth, and his own fingers were numb from gripping the door.  So close and yet there was nothing he could do. They’d arrived just in time to save over  seventy people from the flooded village, scooping invalids from bedrooms, youngsters from rooftops and trees, family pets from kennels and even a couple of chickens out of a coop floating past Alan as he was steering one of the inflatables along a narrow street. The chickens, like every other survivor, were drying off inside the pod in the care of Tin-Tin.

All apart from this one man in a car: early thirties perhaps, slender and smart in suit and tie, his eyes still fixed on Virgil. Blue eyes, a hint of tears in them as if he knew. The driver’s side was still jammed tight and immovable against the bank of the river, the driver himself trapped, his ankle twisted between the pedals  and the raging water too deep for Virgil to be able to reach that far down and… do something. Anything. Not that he hadn’t tried already in the few seconds since he’d been lowered into the water beside the stranded vehicle.

He gripped the hand again. Strong fingers, white with tension now. He tried pulling the driver out again, but it was useless. He was useless. If he had only been quicker, if they’d spotted the car earlier while overflying the higher part of the steep valley instead of just catching sight of it as the river picked it up and carried it away from any hope of safety. He’d left Alan piloting, rushed to the winch unit with Gordon and without hesitation strapped himself into the harness and jumped.  No chance of grabbing the car until just a few moments ago when it slammed into the river bank and stuck fast, half-hidden under the few trees that remained after the torrent and just where the electromagnetic grabs were unable to reach. They were so close. But not close enough. And now he was here, hanging on the end of a line, waiting.

The water was filthy; debris clattering against the vehicle, each impact sending yet another judder through the frame, and the huge mass of tangled trees and wood and god knows what else was closing fast, turning and tumbling as it approached the last surviving vehicle in a drowned village.  Only fifty yards. A few seconds. He leaned forward as far as possible in one last desperate attempt. A bone-wrenching tug on the man’s knee, an accompanying scream of pain, but the foot was still jammed fast.

If he had an axe he could at least …. The floodwater rose higher, almost filling the interior of the car, the driver arching his back in an attempt to breathe in a final lungful of air. Fighting the inevitable. Gordon’s grip on the harness was the only thing keeping Virgil upright in the torrential deluge,   and he saw the man turn to face him and heard the faint words. ‘Don’t risk yourself. It’s too late, but please, tell my wife….’ Water sloshed in a wave, the hand tightening one last time before releasing its hold, fingers trailing away to sink beneath the surface.

‘I’m not leaving.’ The shout ripped his throat raw, and he reached down, fingers flailing through the filth in an effort to grab the hand again. To hold it even to the end.

A bubbling rush of murky brown water submerged the man’s head and then, with a scream of tearing metal and shattering glass the wreckage ripped into the vehicle. It took Virgil less than a second to snap open his harness before Gordon could pull him to safety, and he clung to the car as the wreckage and floodwater tore the vehicle away from the bank, spinning it into the centre of the torrent to where the grabs waited ……

‘What can I say?’ The driver’s hands were clean and dry this time, bruised and battered but the grip was as firm. ‘You risked your life for a stranger. For me. I don’t know how I can thank you.’

‘No need. It’s what we do, what we choose to do.’ Virgil shrugged. ‘We were lucky this time.’

‘I don’t remember much.’ A lie, and they both knew it. But sometimes things were better left unsaid.

‘Yes and I nearly wasn’t. Thank you.’ The man looked down at the cot beside his sleeping wife. The baby was snuffling and he stroked the downy covering of silky hair with a gentle caress. ‘There was a moment when I thought I’d never live to see him. I thought…’ He leaned over to kiss the tiny forehead.  ‘If you hadn’t stayed, if you’d gone as I asked you to…’ He shivered.

‘I’ve never yet left anyone. Not while there’s any chance. No one.’ Virgil leaned over the cot, intrigued. ‘Takes after you?’

‘No. His mother’s looks thank goodness.  Her brains as well I hope. I should have been here with her but I got delayed. Stupid of me. As if work could be more important than this.’ He shook his head. ‘I meant to leave as soon as she phoned to say she was on her way to hospital but I didn’t. I thought there’d be plenty of time. The water was only a few inches deep when I set off.  It was all so sudden and I knew I’d ….. ’

He rubbed his knuckles over his eyes and then slid his fingers beneath one of the tiny hands protruding from the blue blanket. A gentle touch, his thumb stroking across the dimpled wrist, his fingers enclosing the tiny hand in the gentlest of caresses.  A soft whisper….

Virgil let one hand rest on the man’s shoulder for a moment and then checked his watch. ‘I’ve got to go.’ One final handshake and he was gone, hurrying out of the hospital to where Thunderbird Two was waiting and Gordon’s hands reaching down to help him up the last few rungs of the ladder. 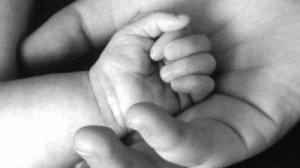 Author’s Notes: This was my response to the TIWF 2K Photo challenge. Participants were requested to choose one of three pictures and write a story based on that photograph.  My story is based on the events in Boscastle, Cornwall, a small village which was hit by a flash flood with devastating consequences. Fortunately the RAF and emergency services managed to save nearly 100 people from the floods, which, in a rather amusing coincidence,  happened on August 16th 2004, ten years before the ‘closing date’ for voting on the challenge! 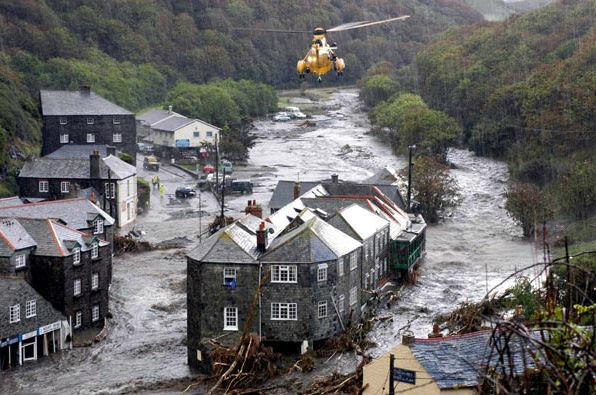 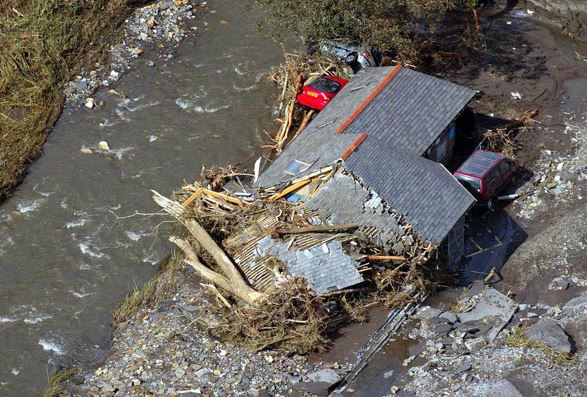