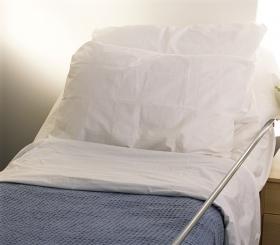 He began to tremble with desire, with the flush of passion that was slowly building within him. He felt his need grow, felt his manhood harden and lengthen with the craving for her.

He moved closer, his hand reaching to grasp hers, but he snagged  her IV drip instead and yanked it out of the back of her hand. Blood  dripped onto the crisp cotton sheets. The alarm went off.

He sat back, arms folded,  out of the way as the nurse assessed the situation.

Ginny smiled sweetly, ‘It’s my fault,’ she said  in her softest  dulcet tones, her blue-grey eyes smiling an innocent look, ‘I was just reaching for  a drink.’

The drip was reattached and the nurse  left, casting venomous looks in his direction.

He moved to the other side of the bed this time, away from drips and monitors. ‘My darling,’ he whispered,  stroking  her face, his fingers trembling with eagerness, moving down to caress her throat, her breasts, cupping her soft rounded bosoms in his strong  hands.

The  door opened. The nurse strode in.

‘I need to take your  temperature Miss Lake.’

He sat down again, uncomfortable as  his growing erection strained  against tight trousers.

The door closed behind the nurse and he leapt again  to her side. ‘Now, where were we……..’

She sat up, slipping her creamy shoulders out of the thin hospital robe and flinging it across the room. Her nipples, ruby red and erect,  taunted him, and he leaned over to nuzzle the hardened nubs. Arching  her back, she  moaned  with the thrill of the ecstatic jolts that pulsed through  her, and the oxygen monitor slipped from her finger, sending a sharp buzz  through the small cubicle as the alarm sounded yet again.

‘Bugger’ he muttered,  and moved away, crab-like, shuffling as his engorged member cried for release. The monitor was  replaced and he waited until they were once more alone before approaching the bed.

‘Right.’ He walked stiffly over to the door. ‘No lock.’ he complained, leaning  against the cool wall to ease the discomfort of straining trousers

He pushed a chair against the door. That would have to suffice.  He was getting desperate now.

With swift movements he stripped his clothes off, flinging them with careless abandon onto the floor, shoes, trousers, jacket, shirt.. Standing there, in his boxers, the fabric tented out over his jutting staff of joy,  the small polka-dot pattern of his undershorts  contrasting with the pallid skin of his abdomen, he gazed at her lustfully from the end of the bed before coming   to sit once more beside her.

Ginny, mindful of IVs and oxygen monitors, reached one hand  to slide it into the enticing dark slit of his boxers, and grasped his  throbbing, pulsating shaft in  her  delicate fingers.

She squeezed,  tightly,  and  heard his gasp of ecstasy as she slid her hand back and forwards, all the time pulling him closer and closer to her parted, waiting lips.

Their mouths joined, skin against skin, the moistness of lips, of intimacy of tongues entwining. Her warm cleft pressed against his engorged and eager prick.

‘Take me. Take me now’ she moaned, and dug her nails deep into his flesh, and it was his turn to arch his back and shudder in the delight of her touch. Ripping his underpants off , he slid into her, his whole being focussed on the ebb and flow of his hips as he gyrated above her, within her, with her.

The bed creaked, squeaked and jolted. There was a sudden jerk as the brake slipped off and then, in perfect cadence with his urgent  and insistent thrusting, the bed began its own rhythmical dance across the small room, until it came to rest against the far wall.

Unseen, unnoticed, by either of the coupling lovers, the wheel of the bed caught the buzzer.

Outside, at the nursing station the light flashed. The nurse sighed.

The door  opened. Slowly. The nurse strode in, catching her ankle  on the chair now wedged in the doorway. ‘Fuck,’ she muttered, rubbing the bruised joint.

Pale buttocks, illuminated in the nightlight glow, rose and fell in  synchronised  harmony with  Ginny’s  upward thrusts as she   sought to pull him even deeper inside her.

Ignored by the entwined  couple, the nurse unplugged the call button and left.

Ginny wrapped her long lithe legs around, clasping him to her body with the sheer power of her strong supple  thighs, crushing the breath from him as the  fire of fulfilment flamed within her.

Her body writhed and  twisted beneath  his manly torso  as she sought to bring herself to that all-encompassing moment of pure exhilaration.  And  as that burning ember of rapture grew within, he felt a heart-stopping  moment of climactic release  as he slid with a muffled shriek off the narrow hospital bed onto  the linoleum floor.

The nurse outside listened, sighing, her head tilted and  thin lips pursed.

He grinned sheepishly and stood up, slipping a little in his socks, his erection still outstretched and proud. Ginny lay there, the tip of her tongue tantalising her lips as he struggled to raise the bars at the side of the bed.

‘Bloody hell’ he shrieked as  the bar jolted up  whipping into  his turgid cock. He turned around, clasping his groin with both hands, soothing and stroking along the length of his outstanding priapism.

‘You poor  darling,’ Ginny purred, ‘Come here,  let me kiss it better for you.’

He hobbled to the end of the bed, and clambered over the end towards where she waited.  The clipboard with  her medical notes fell  out of its bracket and clattered noisily to the floor.  He crawled on, heedless, his whole body aching for release, for her touch, her caress.

At last he lay next to her , his head on the pillow next to her blonde head. She slithered down the bed, pushing the sheets away until her lips were tickling, feather light as  a butterfly kiss on the open petals of a rosebud, along the firm smooth length of his erection.

He groaned as her tongue licked, as her lips encircled, as she nibbled…..

‘Fucking hell!’ he shrieked as her teeth nipped into tumescent aroused flesh.

With a shrill  squeal of agony he pushed her off,  and sat up, cupping his tender shaft with trembling fingers. The sheet crumpled beneath him, the plastic covering cold on his naked buttocks. It took several bounces to get  to  a position where he was once more lying beside her rounded curves.

She lay back, waiting until he rose to the occasion once more.

With swift movements he slid inside her again, his lips touching her in places that were impossible for any normal man to touch whilst in such a position: her nipples, her navel, the nape of her neck, all were  kissed and caressed by his tongue.

A rush of pure delight shimmered through her body as she climaxed, her animal-like grunts of delight mirrored by the plastic covered mattress releasing the air trapped within it in a series of explosive farts. As he joined her in an ecstasy of discharge,  the bed finally  ceased its jolting dance across the linoleum floor.

Silence. No creaks, no screeches of tormented  and stressed metal, no squeaks of skin against plastic mattress.

The door opened. The nurse walked in and looked at the tousled hair of the snoring  woman, the wavy dark brown hair of the sleeping man.

‘Pfff. ’she muttered. ‘That’s the second one she’s had this morning,’ and closing the door on the exhausted  couple she disappeared into the Linen cupboard.

She locked the door  behind herself and turned to look up at the devastatingly handsome man who was waiting there for her.

===============================
With most sincere thanks to all the  hospital staff who provided me with so many pertinent and interesting facts while I was researching this article. Especially D.M.. who told me about the noises that mattresses make, (and blushed).

And in case  you were wondering… no. I haven’t.