A new secretary, Miss G.Litch, has been employed by Century 21 to type some revised script pages for various episodes of UFO. Unfortunately, she has lost the updated versions and has to rely on her memory , which is generally excellent. However,  things are not going as well as usual.IDENTIFIED

EXT. ROAD. DAY.
HENDERSON tumbles down the slope. He has been thrown out of the Rolls Royce. We hear the Rolls explode.

HENDERSON
The terrifying noise has stopped. Slowly he lifts his head. Over we hear the crackle of the flames. Painfully HENDERSON begins to get to his feet.

CUT TO;
EXT. CAR. (Visual Effects)
A mass of flames. There is obviously no hope for the occupants.

INT, STRAKER’S OFFICE The room is empty.
Freeman enters, stands by the desk, opens the cigarette box.
Focus on Freeman’s face as he speaks. 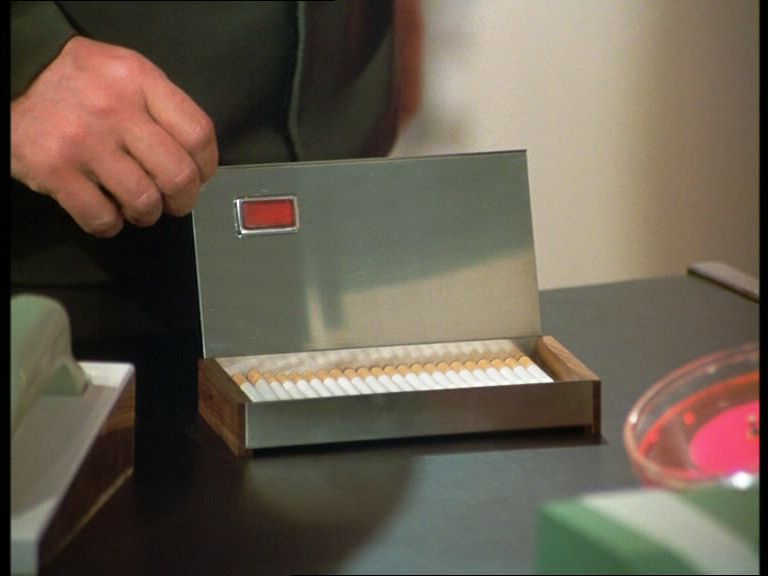 INT. CONTROL ROOM
Straker stands watching a dot of light on a screen that is Seagull X-ray He is obviously tense. An operator offers him a cup of coffee. He takes it, takes a gulp. Grimaces.

STRAKER: (angrily) How long have you worked here? Haven’t you learned anything yet? TWO sugars. I take TWO sugars. 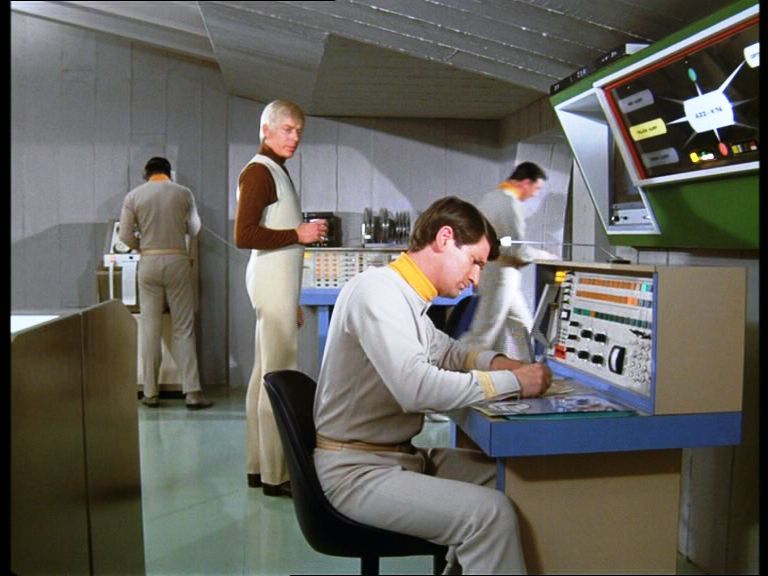 Carlin looking down at sea.
CARLIN; (into mike) It went straight under… it seems to be breaking up… There’s wreckage everywhere… Hold it
Zoom in on Carlin as he looks closely
CARLIN; There’s …..a ……..body.

Freeman looks down to study an aerial photograph.

ELLIS; Which one sir?

FREEMAN; ( Measured) The one in the best position…… Standard Procedure.
He has spelt it out and Ellis knows what he means as FREEMAN looks hard at her.

Straker sits at his desk. He straightens as the door slides open and Alec Freeman enters.

Straker; You look tired. Have a drink.

FREEMAN holds out an envelope

FREEMAN; I…. want you to accept this.

Straker, sensing something is wrong, takes the envelope but doesn’t open it. He guesses its contents. FREEMAN’S resignation.

STRAKER; We’ve worked together for a long time, Alec.

STRAKER; Fine. I want your desk cleared in fifteen minutes. Hand your pass into security and leave the keys for the firm’s car with Miss Ealand.

Straker flicks a switch on his desk. The office door slides open.

STRAKER; (nonchalantly, bored) Well? What are you waiting for? And you can collect your P45 from the gatehouse on your way out.

STRAKER: So let’s see what we’ve got.

FREEMAN; Some sort of flight path

STRAKER; ,….. and the fact that they chose Roper to do their dirty work. Why?

FREEMAN; One…. because he had access to SID and understood its problems better than most

STRAKER; And two….. they knew he was soft on his wife and could be easily manipulated.

FREEMAN; He’s told us everything he knows….

FREEMAN (not understanding) Go on.

STRAKER; If you hire a man to do a job you keep an eye on him……

STRAKER; The aliens… and us

FREEMAN; I need a drink

Freeman goes over to the dispenser. Dials a scotch.

STRAKER; I’ll have a double while you’re up there. On the rocks. No. Make that a triple. Look Alec, its after five. Let’s close up the place for the night. Tell everyone they can leave as soon as everything is shut down.

STRAKER: (firmly) I understand you have a jet over the North Atlantic, grid reference G-6. Right. Tell your pilot to alter course.

STRAKER; (very angrily) Well, anywhere! Just get him out of that area!

STRAKER; (sharply) Look, I don’t care how much money it costs! (Pauses to listen to reply)…..Oh. How much? Oh. Sorry to have troubled you. 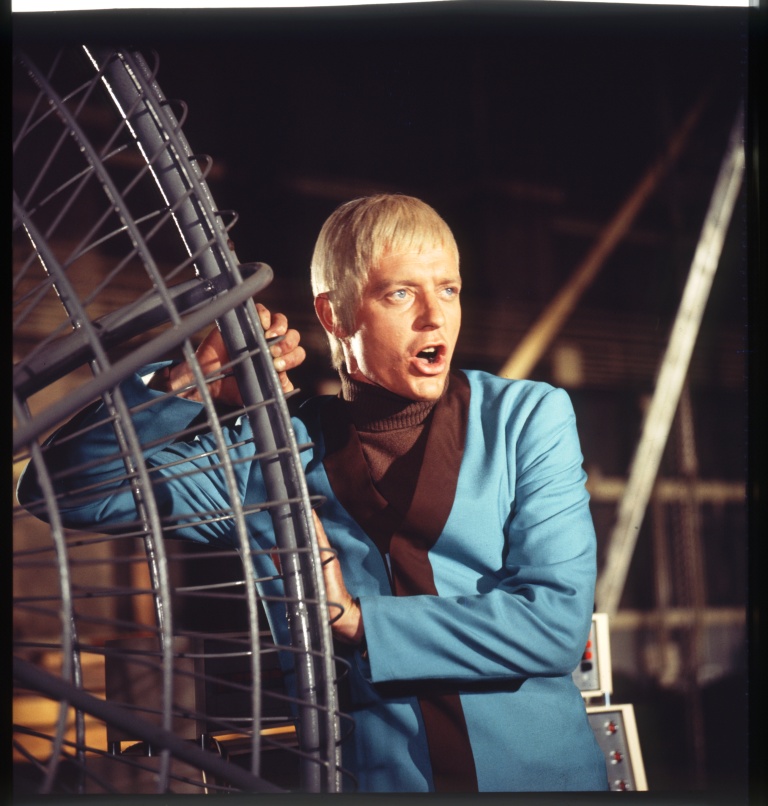 Foster runs towards the door

Close up; Straker presses a button on the panel

Close up; the bolt on the door locks

Foster turns and faces Straker, his hands flat against the door, panic-struck, fear in his eyes

Straker moves towards him, menacingly, holding the gun.

Straker stands, and aims the gun at Foster.

Straker behind desk (seated), Freeman by door. Foster in front of desk

STRAKER: (thoughtfully , fingers steepled) It’s been a test for you Foster. You followed a predictable set of clues. You’ve shown a certain initiative, but basically it was an inevitable conclusion that led you to the studio. And now……

STRAKER; You realise we can never let you go free. You know too much. Besides which. SHADO rule 43a states that we are absolutely forbidden to recruit anyone with sideburns like those. Sorry. (pulls out a gun and shoots Foster dead)

FREEMAN; He could have shaved them off you know.

STRAKER; (thoughtfully). Oh. I never thought of that. Shit. Too late now.

STRAKER (to Ford, but without looking at him) Get the termination

STRAKER: (Close-up) Everything. VHF, Radar the computers. Everything. Ah, ….wait,….. on second thoughts everything except the coffee machines

HENDERSON; (smugly, yet angrily) Straker I’m relieving you of your command. Colonel Foster will take over as of now.

Close up on Foster, grinning hugely

STRAKER; (calmly, hands behind back) You can’t do it Henderson. You require the unanimous backing of the committee.

HENDERSON; You think I won’t get it?

STRAKER; Yes, I think you could get it, but it would take time

HENDERSON; And this base is due to be attacked in a few minutes. (turns to face Paul Foster) Colonel Foster? Assume command.

FOSTER; (Leaps up and punches the air) Yippee!!