Miss Baxter put the phone down in blank and distressed silence before she walked through to the living room and looked at the pile of exercise books on her desk. The television was blaring in the background, some reality programme about ice skaters and low-level celebrities. She never really bothered with early evening telly, preferring the grittier US dramas even though they were far-fetched.

She sat down and clasped her hands together. This wasn’t the first time this had happened to her. She was a teacher approaching retirement with years of experience in some of the worst schools in the area, and some of the best, working with children from all backgrounds, all abilities. But she had enjoyed it all. Apart from times like this. Why was life so unfair? The tears came, hot and stinging and she felt selfish, felt that she should be doing something more …practical instead of sitting there on the pink chair and crying. Not just crying. She was sobbing.

That innocent face, his constant questions, the politeness, at least until the beginning of this school year. She had taught him the previous year as well; that was  one of the best things about teaching in a small village school. You got to know the children really well. John had been in her Year 1 class and was one of those children that makes teaching a pleasure. He was at the top of the class; good levels, no problems, apart from the usual ones when a small and very singular child such as he was stands out as being different. He had beautiful eyes and was shy. He would look up at you from underneath those eyelashes and you simply couldn’t be cross with him.

Miss Baxter grimaced. Then Mr Rutland had come on the scene. Not a bad man; far from it. She had met him on several occasions and he had seemed interested and supportive on the whole, but John had taken it badly. A sensitive child, still very young and lacking in confidence, and having to accept a new father hadn’t helped. Neither had the change of name. That had been the real catalyst. It was as if John had withdrawn into a shell after that.

Laura Baxter scrubbed her eyes again. John Rutland, formerly John Straker. She had argued with Mr and Mrs Rutland, in the politest way, that John was too sensitive to cope with a change of surname, that it would be better to make it an informal change, to wait until he was older and had settled with his new father, but they had been determined. At least Mrs Rutland, formerly Straker, had been. Mr. Rutland had sat there and not said much, had let his wife talk.

The problems had started then. John had refused to answer to his name at registration. Had refused to write his name on any piece of work, had even refused to talk to any one who called him John Rutland. Then the fights had begun. Nothing serious, at first. The odd push in the playground, the scuffle in lines. She had made notes and talked to John but he had been sullen and withdrawn and when she told him that she would have to call his mother he was defiant.

It made no difference. He stopped making any effort, stopped playing, refused to do any homework, even any reading. He sat in school listless and uninterested as if all the spark had gone together with the name Straker.

In the end she had simply taken matters into her own hands. At registration the following morning she had gone through the names.

She waited. Blue eyes looked up at her, a half-smile on that small mouth. ‘Here.’

It took time. There was no single moment where John Straker/Rutland changed back to the delightful child he had once been. There were still scuffles and sullen moments, but she knew what to do now. ‘John Straker your dad will be so proud of you.’ She had said to him on more than one occasion. Dad. Not Daddy. She knew that much. Mr Straker was ‘Dad’. Mr Straker was the world to John.

Tomorrow was Monday. She would have to get to work earlier than usual and clear John’s things away. Not because she wanted to eliminate his presence from the classroom, but because she knew how it would affect the other children. That empty chair at one of the tables would be difficult enough, as would the police visit in the afternoon to talk about road safety.

She would get John’s PE kit and books and store them away for Mrs Rutland to collect.

She would have to draw a line in the register, cross his name off, all those unforgiving menial tasks that have to be done when a pupil dies. As if you have to expunge them from the records.

She went back to her marking. She should have done this earlier, but the weather had been good for once and she had been busy in the garden.

She pulled the next book towards her and opened it. 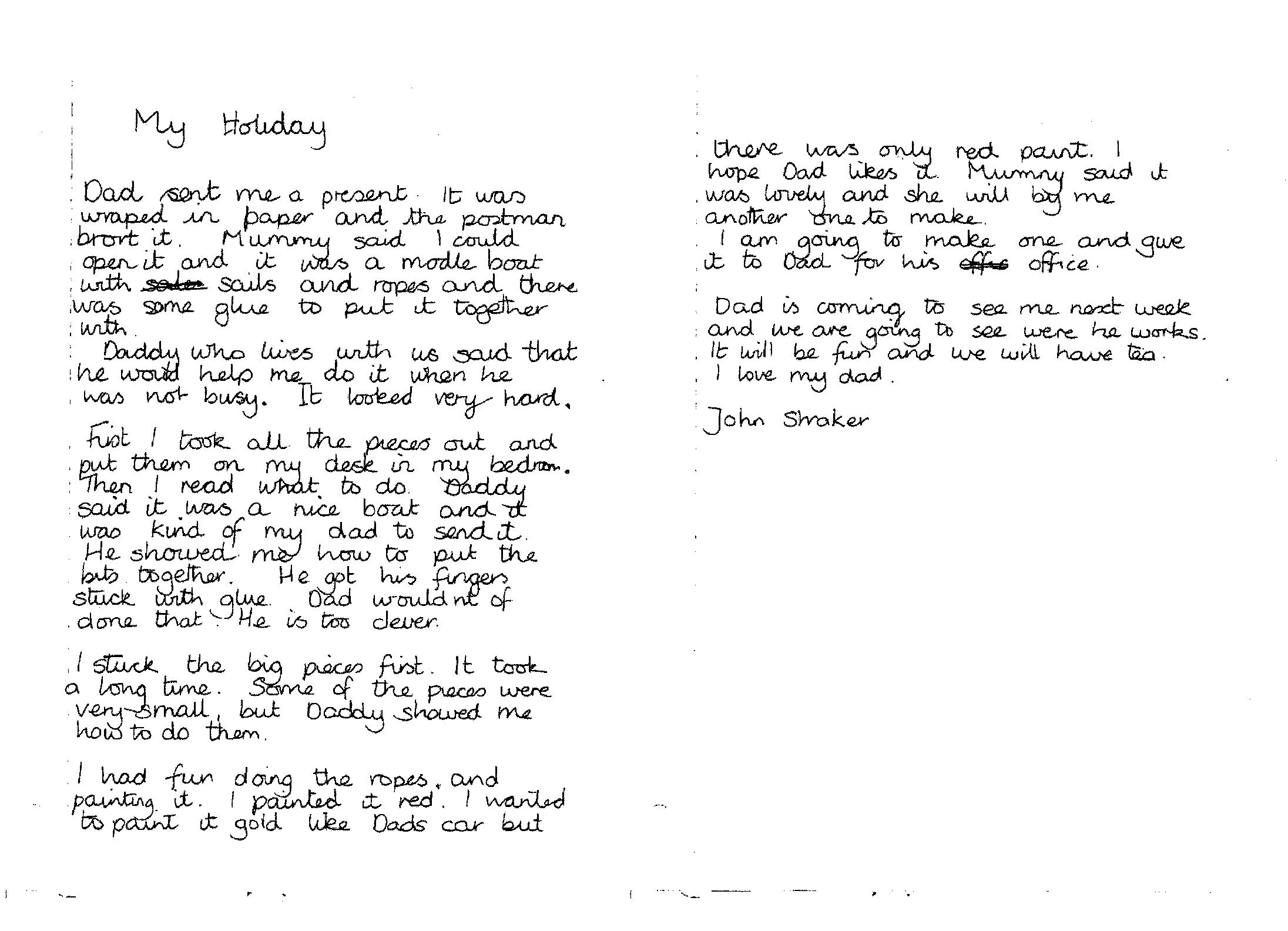