The year is 1970. Peter Carlin, his sister Leila and a friend, Jean, are walking in woods when they see a  spaceship. They start filming  the craft, and are attacked by an alien wearing a red spacesuit. Carlin is shot and injured, Jean is killed and Leila disappears.

Later that year General James Henderson arrives in the U.K. with his aide, Colonel Ed. Straker for a meeting with the Prime Minister. 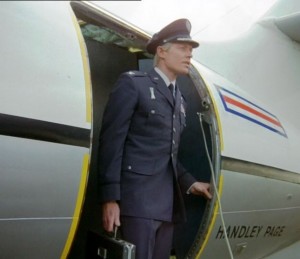 The meeting is to discuss the absolute proof that UFOs have been coming to Earth for years, and various governments are co-operating to fight the alien threat. En route to Downing Street, their Rolls Royce comes under attack from a UFO and crashes. Straker is thrown clear but the Cabinet Minister who met them is killed and General Henderson is seriously injured. 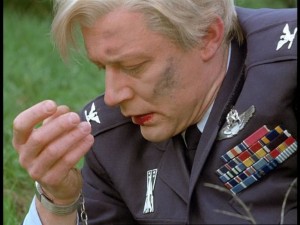 The scene changes to 1980. Ed Straker is now ostensibly the chief executive of Harlington-Straker Film studios but this is a cover for his real role as Commander-in-chief of S.H.A.D.O., the Supreme Headquarters Alien Defence Organisation whose secret base is hidden eighty feet below the studios. 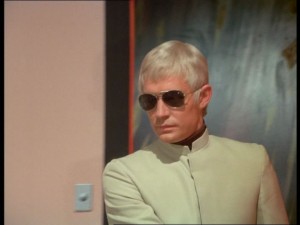 The pilot episode introduces us to the main characters of Ed Straker, Alec Freeman and the various members of SHADO, as well as setting the scene firmly in the ‘future’ with its huge secret base on the Moon, which has a fleet of Interceptors that can be launched in minutes to fire atomic ‘cluster’ bombs at incoming UFOs. 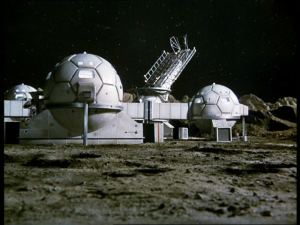 An unmanned satellite, SID ( Space Intruder Detector) is in orbit to notify SHADO of any incursions by UFOs. 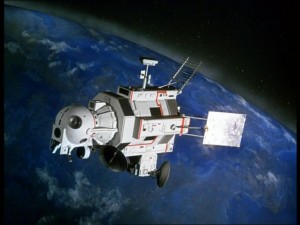 A fleet of Skydiver submarines patrol the oceans, each capable of launching a single-seater jet aircraft from underwater to attack any UFOs that have evaded the Moonbase defences. Ground forces include Mobiles, and a fleet of aircraft suitable for any eventuality. Supersonic jets, transport planes, helicopters, etc. 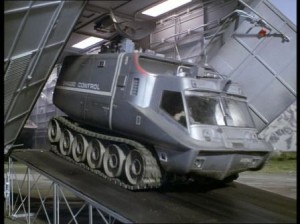 Colonel Alec Freeman, a former fighter pilot and Military Intelligence officer and now Straker’s Second-in-Command, is tasked with delivering the new Utronic equipment that will enable SHADO to detect alien craft far more effectively. Straker orders all S.H.A.D.O. defences on red alert, knowing that the aliens will attempt to destroy the aircraft with the Utronic equipment.

SID alerts Moonbase that a UFO has been detected and the Interceptors are launched. 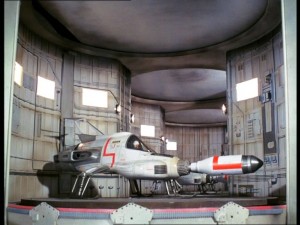 However, the UFO is not destroyed and Skydiver 1 is called upon to defend the Seagull X-Ray aircraft. 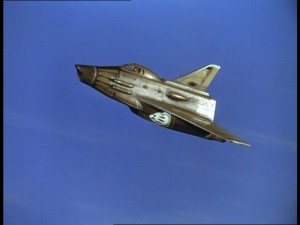 The Captain of Skydiver is Peter Carlin, whose sister was taken by aliens over ten years ago and whose body was never found. 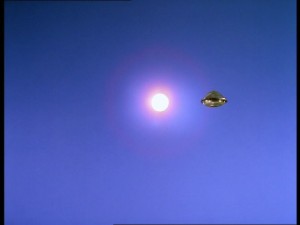 Carlin destroys the UFO over the ocean, and reports to headquarters that there is an alien in the water, the first one ever found.

Doctors in SHADO’s medical units are unsuccessful in their attempts to keep the alien alive. 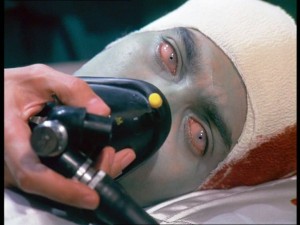 He rapidly ages and dies. The autopsy reveals that he had undergone several medical procedures, organ and gland transplants, and that his heart was from a human.

Straker surmises that the aliens come to Earth in search of vital organs, that they are a dying race, suffering from hereditary sterile and use drugs and advanced transplant techniques to stop the natural aging process.

The discovery that the alien’s lungs were filled with an oxygenated liquid implies that the aliens are subjected to acceleration at fantastic speeds over a long period of time and that the rapid aging was a reaction to contact with Earth’s atmosphere.

Straker’s theory is that the aliens come from a dying planet, its natural resources extinguished, its inhabitants sterile, doomed to extinction. They are driven by circumstance across a billion miles of space, by the greatest force in the universe; survival. 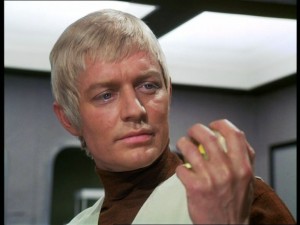 At the end of the episode, Straker receives a medical report. The alien’s heart was from Leila Carlin. The episode ends on a typically downbeat note, with a funeral being held for Leila Carlin. 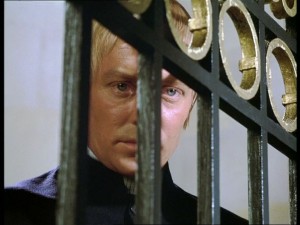