A Round Robin is a letter that is sent out with a Christmas Card, giving details of what has happened over that last year and often the subject of much hilarity, as they tend to be very boastful  and full of the wonderful things that the sender has achieved.

This is one such letter…

Happy Christmas to all my friends and colleagues in SHADO. It  has been a  particularly  busy twelve months  for me  and regrettably  I was not been able to keep you all  appraised of my achievements  over the last year.

However, it is  very satisfying to be able to relate now some of  the many  successful incidents that took place since my last Christmas message to you all.

January 2010 was a cold month. Moving over to England from my palatial Penthouse suite overlooking Central Park was a real wrench, but when Ed Straker begged me to come and  help him run SHADO I felt duty  bound to accept. After all , I hate to see a grown man cry. So I packed up, took quick flying lessons and within two weeks had got  my pilot’s licence. Straker was so  surprised to see me  landing my own personal 737 at Heathrow. It was considerate of him to meet me,  although I had a feeling that he had an ulterior motive, besides just wanting to make sure I found my way to my apartment.

February saw me settle into my role as Vice Commander-in-Chief  of SHADO, and I was soon running  my departments with an efficiency and competence that had Straker  coming to ask me for advice. I was able to increase efficiency by over 135% and also reduce expenditure by nearly 64%.  General Henderson was most impressed and asked me  several times if I  knew of any way to remove thorns from his side. I suggested that he dig his roses up and plant petunias instead.

In March  I re-organised the Skydiver Fleet into eight different zones.  Unfortunately, as  there are only seven Skydivers, the operation has not been as successful as I had anticipated, but  I cannot be held to account for Ed Straker’s incompetence in only ordering seven submarines. The man should have had more foresight. As it is, the aliens have only discovered the gap in the defences after four weeks. Which was  plenty of time for me to formulate my cunning plan to  thwart their attacks.

So in April I informed Straker that if he gave me a further 343 trillion dollars I could create an  invisible barrier that would successfully stop anything from entering Low Earth Orbit. He gave me a funny look and muttered something about Moonbase flights and satellites and space exploration and refused to lend me the money. Honestly the man has no vision.

May was another  busy month. I was  in charge of Moonbase and I saw it as  my main priority to get the whole place looking spick and span. I put everyone on  double shifts and, with Health and Safety as my remit, I set about making sure that  signposts  to Moonbase were posted  at all the craters nearby, as well as double yellow lines to prevent unauthorised parking  in crater bays, unless at  designated times. The Interceptor pilots all underwent special training in ‘Necessary Precautions when using Slides.’ And as a result they all went on strike until they were provided with the recommended safety mats to use  when entering the Interceptor cockpits and there have been no reported injuries, although the increase  in Interceptor launch times from its previous time of 27 seconds to the current 3 minutes 48 seconds annoyed Commander Straker for some unfathomable reason. I thought he would be pleased that his pilots were no longer at risk  from  friction burns.  He shouted something about no injuries ever being  reported before, but as I told him, that was  not the issue. Health and Safety protocols have to be followed at all times.

I completed my Moonbase rotation in June, and returned to Earth. The  Lunar Module flight was slightly delayed by Solar winds so  I was pleased that I had taken a copy of War and Peace with me, in the original Russian. I spent a very pleasant couple of hours   translating the whole text  into Norwegian.

Commander Straker assigned me to Skydiver 3 for the next month, guarding  the  waters off Antarctica.  I hadn’t realised that the Skydivers patrolled so far south, but he assured me that it was vitally important to keep a watchful eye on  such an isolated stretch of ocean. I was out of radio contact with HQ for nearly the whole of the rotation, which was unusual, as SHADO has excellent radio systems , but I expect that the Commander was testing my initiative.  I did manage to contact them on a couple of occasions, but unfortunately the Commander was absent each time. He had gone to get some air apparently. Anyway , it was a quiet month with no alien activity, so I catalogued the local population of blue whales and transcribed their songs into harpsichord tunes complete with descant and  harmonies.

August went by so quickly I hardly had time to think! The birth of the  triplets was so easy  that I was back at work the following day, and all three of them were sleeping through the night after the first two days. I really wonder why some mothers make such a fuss about childbirth.  I just went into sick bay, sat on the examination table and popped them out in the space of five minutes. Simple. Straker was very angry. Wanted to know who the father was. I told him it was an anonymous sperm donor, blue eyed and blond haired and a physics graduate  from MIT. He went very quiet  for some reason.

September, and yet another posting. I sometimes think Straker is trying to get rid of me, but of course  I do know that he has realised my worth to the organisation and is trying to share my expertise with all the different bases. So I was posted to Alaska for four weeks. As it was winter the base was in constant darkness and fuel was in short supply, but I discovered  a cache of empty beer cans  waiting to be recycled, and , together with an ample supply of Polar bear excrement, I managed to create   a fusion generator that provided us with heat and light. The resulting melting of the icecap for a distance of 50 miles in every direction was a little unexpected, but I am sure that the small rise in the sea level will soon be forgotten. After all, Blackpool was never very important was it? And they do say that the tower looks impressive surrounded by water.

October brought yet another posting. So many experiences, so many new friends… Deep Space Observation Platform 49, out past Jupiter. I had intended to take my clarinet along with me to practise for my solo performance with the London Philharmonic Orchestra , but somehow it must have been mislaid while Straker was checking my equipment. So I was bereft without my favourite musical instrument. However, despite  the isolation and the lack of contact with Earth or the Moon due to still more radio failure ( I must tell the Commander  to discipline  his maintenance workers!) I managed to build a working fullsize pipe organ using solar panels, duct tape and spare urine collection bags. And the time simply flew by!  It’s amazing how creative one can be!!

November saw me back in the  safe haven of SHADO HQ. Straker immediately took a month’s furlough, so I think he must  have been really pleased to see me as I am the only person who can run HQ with any efficiency.  I set about organising the rota and getting everything ship-shape.  Lt Ford was a little peeved that I dismantled his communications system. But it worked even better when I had  put it all back together. I think he made a bit too much fuss about the fact that all the messages were coming through in Welsh though. After all, he is the communication s officer.  And I am sure he will find a use for all the bits that were left over after I had finished rebuilding the console. Won’t he?

December. The end of the year. And what a year it has been. So many places, so many experiences, so many memories. And I am happy to say that Ed Straker has realised my worth at last. He has promoted me to Commander-in-Chief of the newest SHADO Base. On  Pluto. So,  to all my friends and colleagues, I wish you all a very happy Christmas and a prosperous New Year. 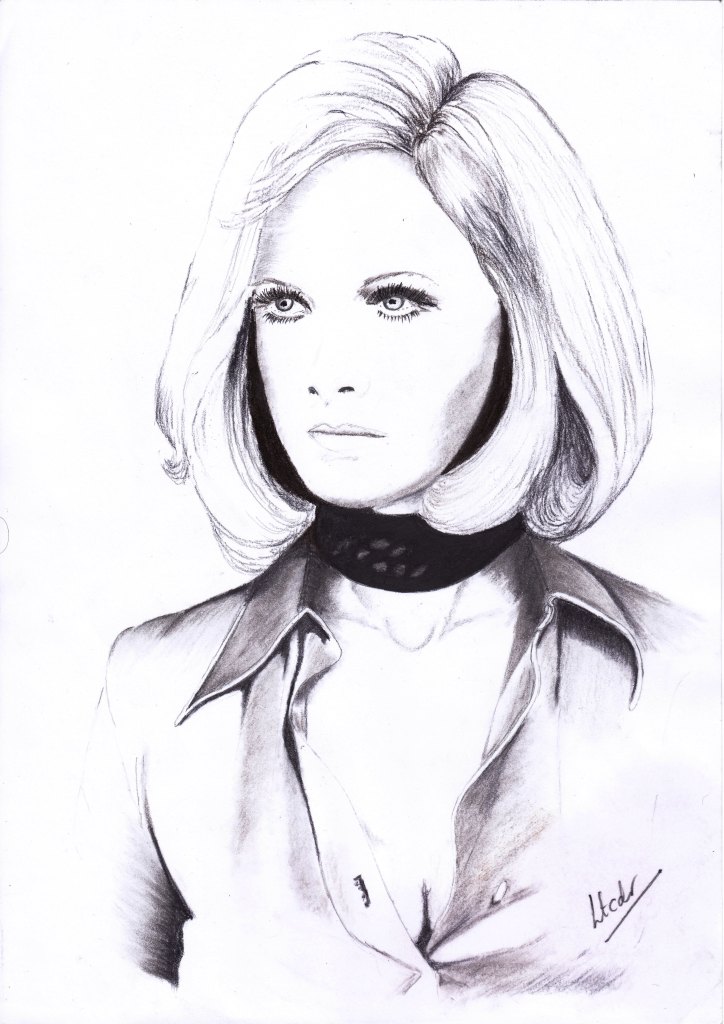