It was well past visiting time. He had  waited, not in expectation but with well practised  acceptance developed over long years. The door remained shut.  She was not coming and he tried to justify her absence. The  Officers Wives Club,  her  charity work, her Book Club.  Such a busy life full of important meetings and committees and shopping.  Too important  to disrupt just to visit him.  After all, they had been married for long enough.

An understanding wife.  That’s what he had  told Ed. Understanding.  Hah. Understanding all right.  He wheeled around the bed,  wondering what he could do to fill the empty time. Straker would be back soon. One visitor at least.

The meeting had so promised so much. He’d dreamed about it  moment for years, worked tirelessly to get this far, to overcome the scepticism  and scorn. To actually prove to the Doubting Thomas’s that the threat was real. Years spent chasing rumours and unwilling  witnesses. Years spent round conference tables tolerating snide comments and jokes, knowing that they were laughing behind his back as soon as he walked away. That his carefully detailed accounts of carnage and butchery and aliens were  pushed into the shredder as soon as he was out of the building. No one had believed him. And who could really blame them?

Now  it was all about to change. But at what price?  A cabinet minister dead, he himself confined to this bloody wheelchair for the foreseeable future. He felt utterly useless, and he clenched his fist and slammed it onto the arm of the chair, hard enough to hurt. Not hard enough to take away the inner hurt though. She was not coming.

Looking back, he could see where the first cracks had appeared. He had planned it all. Every last element. Once he had understood what was involved, he had started drawing up everything that was needed. The headquarters, the submarines, the aircraft, even the base on the Moon.  His ‘understanding wife’ hadn’t bothered that he was spending his evenings alone in his study, only coming out after she had retired to bed. And then he had started to sleep in the spare bedroom so that he wouldn’t disturb her. But even then, even as he saw the gradual disintegration of his marriage he knew why he was doing it. And he knew that it would be worth it.

SHADO. That was the aim. The defence of his world.

The crash had changed things. Thank God Straker had been able to take up the reins, but it was a dammed shame that the young Colonel was newly married. That was going to cause some difficulties in the future.  An understanding wife?  He wondered how understanding Mary Straker would be. Henderson didn’t know much about Mary Straker, but he knew his own wife.  She had certainly understood him, hadn’t she? His ambitions, his aspirations. Although she had no clue to what he was planning. She had just watched him as he became more and more obsessed with that ultimate objective. To get SHADO operational. It didn’t matter who the committee chose as Commander, as long as they chose someone. Anyone. Ed would do a great job, after all, they’d worked together for long enough on the project.

He took off the dark glasses and rubbed his eyes. His sight was improving. It would be back to normal by the end of the month. That was too late though. Everything was lost now. He might have been able to convince her a few weeks earlier,. The fact that he was in a wheelchair was no real disadvantage for after all  he was on the mend; but not to be able to see properly? That was the deciding factor. That was why he had sent Straker. His protégé. Henderson gave a hollow laugh.

And Straker had failed. Damn him. The newly promoted Colonel, so naive and reserved. He had taken Henderson’s place. In more ways than one.

All those wasted hours. For what? So that someone else would have the glory. So that his factotum and bag-carrier could step forward  at the last moment and claim  the ultimate prize. Henderson knew the man well enough by now. His subordinate would accept the post with reluctance. He   would see it as his duty, would see it as the only right thing to do.

Colonel Ed Straker. Commander of SHADO.   Henderson spoke the words aloud and the bitterness in his voice was sharp. But it was too late for recriminations;  Henderson had to play the cards he had been dealt.

He would do his best. That was all he could promise, although the resentment was there, festering deep inside.

The knock on the door was enough to warn him, and he turned to face it with a fixed smile on his face. ‘Ed, come in……’ 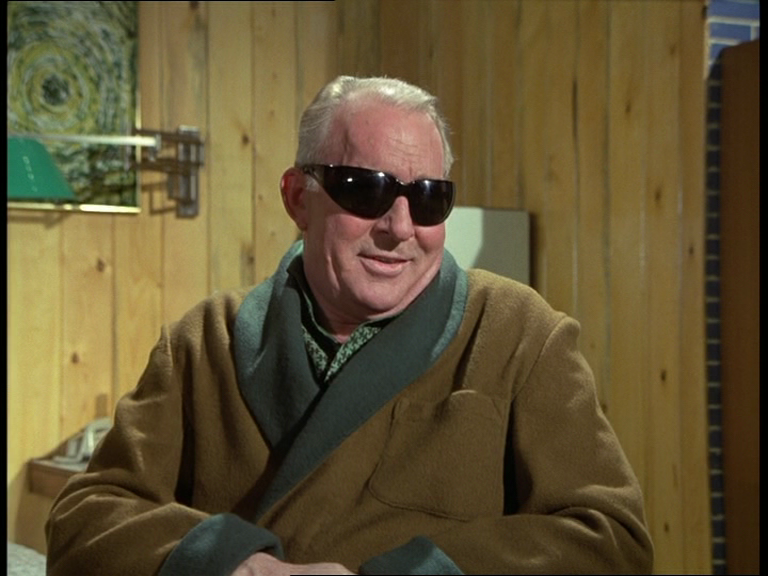 I always thought the relationship between Henderson and Straker was peculiar. In ‘Identified’ Straker was very much the ‘new kid on the block’, unsure and hesitant. And that was reinforced in Confetti Check A-O.K. when Bishop made him so nervous when he appeared in front of the United Nations Committee. It struck me then that perhaps Henderson had  wanted the SHADO job for himself and that he felt resentment towards Straker for in effect ‘ousting’ him from what was, by rights, his due.  The relationship became more acrimonious over the years as Henderson watched Straker develop into a  leader who made SHADO successful.

Only the events in Conflict softened Henderson’s attitude to Straker, as he finally realised that Straker was smarter than Henderson.  This was reinforced in Timelash when Henderson refers to Straker as  ‘SHADO’s most vital piece  of manpower’, an acknowledgement that Straker was, all along, the right man for the job.