I have a reputation for violence. Well, not real violence. Mine tends to be the written sort. A stabbing in Shepherd Part 2, the odd torture scene in FarSight and Breathless, even an attempted suicide in Surrendered. The whole gamut of blood and gore and pain.

It is my style of writing and I make no apologies. If you read my work you will know what I mean. You may enjoy reading it as well. (If not, the solution is simple. Don’t read it. I won’t mind in the slightest. )

In case you don’t know what I mean then here is a (fairly mild) example from Breathless;

The sudden unexpected, but also predictable blow, heavy and back-handed across his face, jarred his senses. His mouth filled with fluid, not tepid water this time, but warm salty blood, coppery and cloying from where his teeth had cut into the tender flesh of his cheek. The stinging pain of the contact made his eyes burn and he clenched his fists, clenched his teeth, to prevent himself giving them the satisfaction of hearing him cry out. Swallowing blood thick with saliva, he explored his sore mouth with a swelling tongue. No missing teeth, slightly loose in a couple of places, but still intact.

And that’s a gentle scene compared to what happens later.

But I’m not the only one writing violence. There are plenty of fanfic stories out there that do far more brutal scenarios than some of mine. They are called Hurt/Comfort stories, and they are in every fandom from Andromeda to the X-Files. It’ s a classic fan-fiction genre and the title is self-explanatory. One character is hurt, and another provides comfort. (Not to be confused with Slash.) The ‘hurt’ aspect can take many forms, both physical and emotional hurt involving both the ‘hurt’ character and others in the story.

It makes for a dramatic story, often full of tension and usually with a certain degree of angst, especially when a favourite character, whether Alan Tracy, Captain Scarlet or Ed Straker, is placed in a situation where their weaknesses are revealed. The reader hopefully gains some insight into the psyche of the character as well as enjoying a dramatic and entertaining story in which their hero emerges as strong as ever, despite our efforts as writers to subject them to various ill-treatments.

However, the real secret of doing a Hurt/Comfort story such as these is that there is a resolution and that whatever pain or anguish we deal out to our protagonist they come through. Oh there will be scars, mental or physical, but there has to be that aspect of ‘Comfort’ that completes the story, that allows the reader to relax, to know that ‘all is right with the world’ again.

These intimate moments of empathy, of concern and of love are the absolutely vital ingredient. Without them, without the care and love and support from other characters in the story we may be left with nothing more than a distasteful pain-ridden account that serves no purpose other than to make us wince, not in anguish as what is happening, but at the inadequacies of the writer who feels that a constant diet of torture, pain, whatever is not only reasonable, but acceptable. 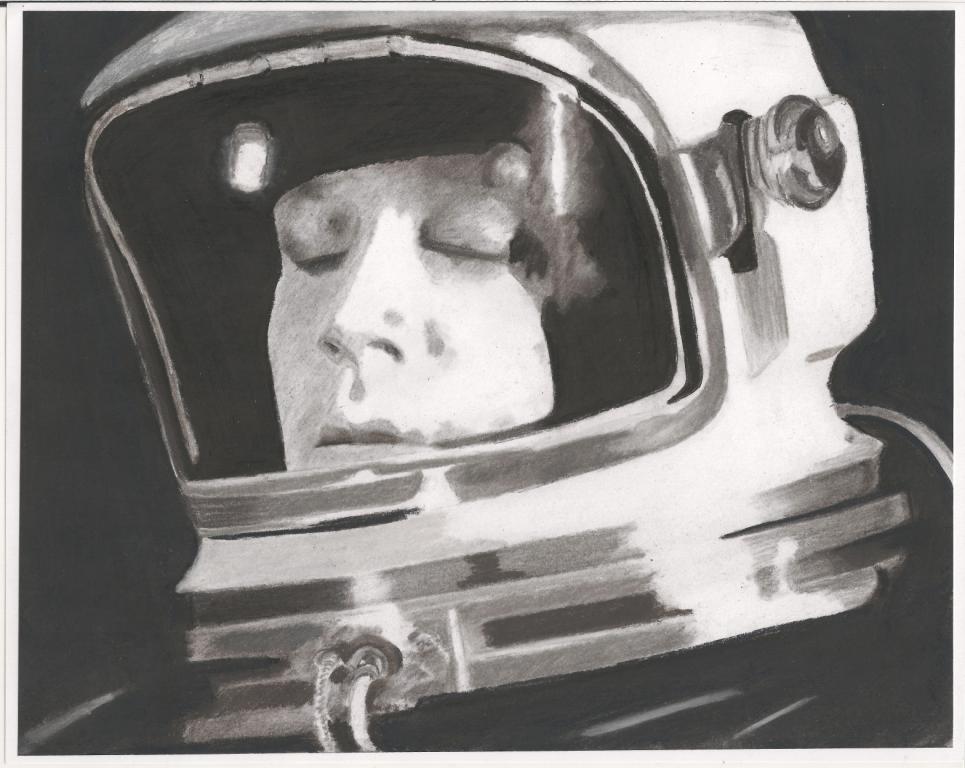 Is it because the writer hates the character? Surely not, otherwise they would not be writing about them. I admit, quite freely, and with an embarrassed look, that when I started writing UFO fanfic I disliked Paul Foster. Perhaps it was the chest hair, perhaps I was seeing him through the somewhat distorted views of other fanfic writers, but whatever it was, I could never write a scene such as the waterboarding torture for Foster. I simply do not care enough about him to want to do the necessary Hurt/Comfort scenario.

Perhaps the writer loves the character they are writing about? Fair enough. They want to show them being vulnerable and in pain but at the same time stoic and brave. Okay , and lets admit it, some pain is sexy. That is why it is so often written! And furthermore it opens the way for some nice intimate comfort.

So there is Alec Freeman..burned, beaten, broken. Nearly destroyed. And what are we expecting. Of course. Straker to the rescue. Or Ford or Foster. It doesn’t really matter, just that there is a satisfactory conclusion. Not just a quick unexplained rescue, a dusting over the facts, a few hours in hospital. We need that sense of comfort, of caring.

If you really love a character you aren’t going to bury him alive, burn him, mercilessly torture him, slash him open, infect him with horrendous illnesses without giving him some comfort, some love, surely? If so, it is no longer a Hurt/Comfort story, it’s a Get’em story. Gruesome, maudlin or even worse, both.

I have just finished reading one of the worst stories I have ever read. A huge epic about torture, about death in as many gruesome and unpleasant ways as you can imagine, and some that you would not WANT to imagine. Death by slow roasting over several days, by slow extraction of blood, by very very slow drowning …. a whole novel devoted to making the reader feel sick. I skimmed through it in the end, desperate to find one redeeming passage where there was some respite, where the writer had provided some humanity in his characters.

No. Over one hundred and fifty (thankfully short) chapters of hurt. Deliberately written for the shock effect. And this was a published writer, a qualified psychologist by all accounts. You can pick his book up on any supermarket bookshelf.

So what was he hoping to achieve? A constant diet of pain throughout a story doesn’t satisfy, it simply alienates. It is as if the writer was asking himself; how far can I go before people actually notice that my story has no depth, that my characters are there simply to provide an excuse for even more unnecessary violence? He treated his readers with contempt by expecting them to accept a story that would, if it was, for example, written in the same manner to fit in with the Thunderbirds fandom, be soundly and justifiably slated.

I like hurt/comfort stories. I like writing them, I like reading them. It’s a recognised style, even has its own entry in Wikipedia (although that is no guarantee of authenticity!) and judging from the number of similar stories out there in virtually every fandom I am not the only one.

But it’s not one word.. Hurt..It’s two words. Hurt/Comfort. And that second word is the crux of the matter. Pain can be ‘angsty’, can be sexy, can be excruciating, but pain must always be accompanied by an equal, if not greater level of concern, of love, of humanity.

THAT is the pay-off. What we want to read. Otherwise we become traders in pain-porn and Character Abuse written for our own self-gratification, and not because we care about our hero.

I don’t write hurt/comfort stories just because I like ‘pain’. In all my stories the ‘Hurt’ aspect has a necessary part to play, whether it is to move a relationship on as in Process of Elimination;

Reluctantly she leaned over and whispered ‘I have to go now. Don’t worry, you will be out of here very soon.’ before releasing his hand. He reached out to stop her, bloodied fingers clasping her arm.

‘Rachel, thank you.’ softly spoken, for her ears only. He let go of her, and she bent forward and gently, tenderly, placed a long, very deliberate, kiss on his cheek. He looked at her with quiet acceptance, and slowly closed his eyes for a moment as the team gathered round him to begin the lengthy, painful, and difficult process of extraction.

Or to develop a plot as in FarSight; Resistance;

She felt his hand on her arm, his fingers against hers, his eyes open but unseeing. She held his hand taking care not to squeeze the twisted digits, ‘Shush, it’s all right. I’m here. They’ve gone now.’ meaningless words, she knew, but what else could she possibly say. “They’ll be back?” Dear God, what had they done to him?

She lowered him as gently as possible to the floor and ran her hands over him, reluctant to cause him any more pain. Blistered burns on his face, red marks on his chest, thighs. Everywhere. Random small burns covering his skin. She had seen the signs before. There was nothing here in this small room that would help him.

Both scenarios absolutely necessary for the plot to unfold later.

So, if your story is a constant saga of unrelieved, uncomforted pain and agony, torture and angst, please don’t tell us that you love your character. You do not. You cannot, because if you did, then surely you would want to comfort them.

One thought on “The Brutal Truth”