hours hooked up to monitors some weeks ago, and with a friendly doctor and nurses  watching me like a hawk for several  hours  ( oh boy the plot bunnies that appeared  about hospital resuscitation rooms!), I had time to reflect on the last three years and what they mean to me.

I have learned a lot about writing since I started in July 2009, and not just about writing but also myself.  I have changed my perspectives on many things: religion, tolerance, the state of education in this country  and  of course, the importance of canon. I have not changed my stance on politics, but that has very little to do with this world of fanfiction, although it is tempting to do a UFO story…  oh shit. Another plot bunny rears its ugly head!

Fanfiction,  and writing in general,  are responsible for a lot of things. Take art  for example. When I was 14 I had to drop art in order to take Geography at ‘O’ level.  Over the years I dabbled with the odd sketch once or twice, but never felt confident enough to go beyond drawing something small and then hiding the result in a sketchbook. Let’s be honest. I am not a good artist, not even a mediocre one, there are pupils at school who are far better than I will ever be,  but I enjoy drawing and that is all that matters to me. As I once said, I do it for pleasure and if other people like looking at my work, I am happy to share it with them.

Looking back, I recall that three years ago I was writing Thunderbirds fanfic.  Small stuff, inoffensive, harmless and immature. My initial attempts at UFO were the same.  I followed other writers in the fandom, gained some fans, lost others, made brief forays into forums and other fandoms and realised that the world of fanfiction is populated by people who are fiercely protective of what they see as their own domain. Quite often newcomers are welcomed  until they ruffle feathers  by standing up for what they believe in.  Sometimes ‘tall poppy syndrome’ rears its head and then old friendships are torn apart, to the detriment of the fandom itself. Splinter groups appear and once-eager writers quietly move onto new fandoms, leaving the troubles behind them.

Occasionally, sparked by a re-run of an original  series or a remake of a film, a fandom will attract a gang of new writers, all keen to experiment with the characters that they think they know, and to bring countless badly-conceived Mary-Sue self-inserts into what was once a vibrant and thriving fandom. Then the  good writers stop reviewing. They pack their bags and retreat into their own worlds or other genres, leaving the fandom to decline beneath a flurry of badly written and improbable heroes who bear no resemblance to the original characters. It has happened to many fandoms. I am watching that exact scenario happening right now in one particular fandom on ffnet,  slowly destroying what was once a wonderful repository of excellent stories.

It will eventually happen to Harry Potter, to Sherlock, to Star Trek and Stargate and Naruto and The Hunger Games and so on.

Writers  grow up and move on. They  find new adventures, new challenges,  new experiences.  I moved on from Thunderbirds. It lost its appeal, its magic. I could no longer summon up the passion for Virgil Tracy or Scott. I never had the enthusiasm to write Alan anyway, and somehow the whole fandom became tainted with mediocre tales of sisters and babies and weddings and lost twins. It no longer had any reality to the original series.

Don’t get me wrong. There are some brilliant writers out there, valiantly keeping the Thunderbirds fandom true to its origins, but they are few and far between, swamped under the waves of mediocrity.

As for me, I write my UFO stories  for myself, although  I hope that other people enjoy them.  They are, in reality, my ‘sketchbook pictures’ that I open up for others to enjoy should they wish to read them. The thrill of putting words together  to create a story is something that I hope  will never fade and I know that other UFO writers are as passionate about their writing as I am, and there are  others who only dabble in the fandom.

Each writer loves what they write, loves ‘their’ UFO as much as I love mine.   I have spent three years writing in the SHADO universe  and I am certainly not finished. There is a long way to go, I hope. I have only just begun to understand Straker and his complex character and every time I think to myself, ‘there is nothing left to write’ something appears, a picture or a word or a sound gives me that springboard to a new story.

At the moment I am working on NaNoWriMo, a fun concept in some ways, but it has made me more aware of the need to be disciplined in my writing,  not only to actually stop procrastinating, but also to  organise my work so that I can plan ahead.  I have 45 short story titles on my ‘Work In Progress’ file. Some are UFO, some original, and most of them will be between 2  and 12 thousand words.  But one of them, intended to be slightly longer, has now morphed into something with the potential to be much greater.  And that scares me actually; the knowledge that, to write it properly, I will have to commit as much time to the story as I did to The Shepherd.  But I think it will be fun to try and, after all, why do I do this?

Because I enjoy it. 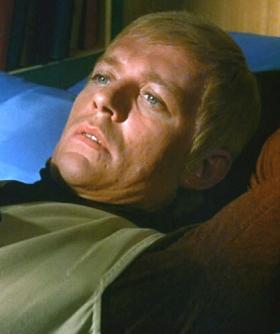