On Jan. 27, 1967, veteran astronaut Gus Grissom, first American spacewalker Ed White and rookie Roger Chaffee  were preparing for what was to be the first manned Apollo flight. The astronauts were  on the launch pad for a pre-launch test when fire broke out in their Apollo capsule. 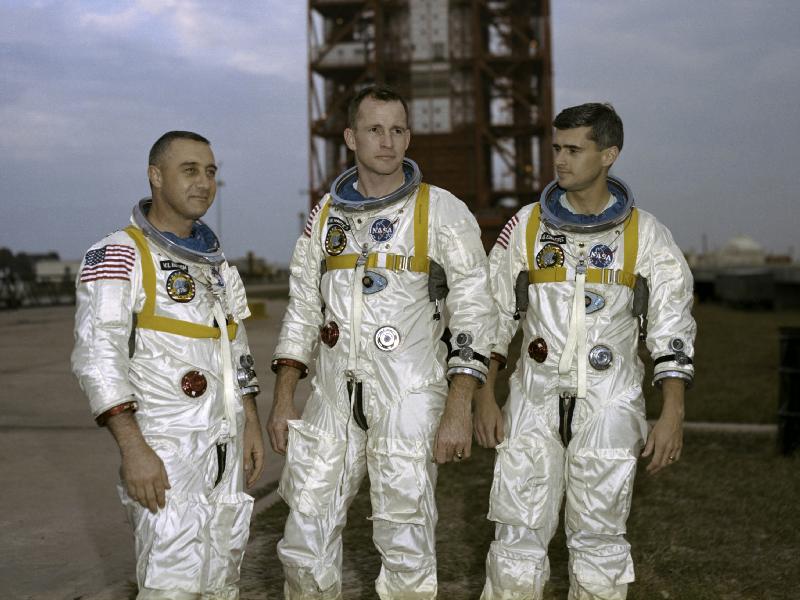 A short story in the Thunderbirds fandom. END_OF_DOCUMENT_TOKEN_TO_BE_REPLACED

My muse is on holiday, or else he is fed up of what I keep doing to him and is seeking shelter for some cossetting  and pampering. He will be back. I know him too well by now!  But in the meantime I am ferlting with Writing Prompts given me by another UFO writer whose muse is  hiding from the cold weather! Not UFO, but fun to do.

Prompt: Two characters. A change of power from one to the other in the scene. Max; 1200 words.

The flarrn leaves were beginning to curl,  long fronds bending inwards as if scared to encounter  the first rays of sunlight threatening to peek over the mountain top.  Lendor walked down the path in silence, leather moccasins soundless on the gravel, head hidden beneath the deep cowl of his pale cloak. No, not pale; Lendor’s cloak was the hue of hot ash, almost white and yet not;  a casual observer might have seen a hint of searing heat in the colour as the tall figure walked down the path, the flimsy cloth of his robes rippling in the air. He kept his head down, eyes avoiding the moon overhead, one hand shading huge pale eyes from the gleam of silver reflected in the fast-flowing waters that bounded their land.

The narrow bridge across the chasm was the last one that remained. Ancient, stone built, imbued with all the magic and wards that their ancestors could call upon, but even magic as strong as that could be overcome by their enemy.  Lendor paused at the border between soil and stone, between the Keep and the bridge. It was not time yet. He looked up and saw one man  standing in the centre of the arch. A tall stocky figure, dark-clad in heavy armour, steel and leather and mail.  A warrior, powerful and strong, tasked with guarding this single bridge during the hours of darkness.

Lendor bowed with respect.  A low sweep of one hand, almost touching the ground, just as the first rays of sunlight banished the darkness of night. The chink of armour and thud of mailed feet disturbed the start of birdsong as the warrior strode from his place of duty, crossing the narrow boundary to step onto the soil as the first ray of light glinted on the keepstone at the centre of the bridge.

Lendor moved swiftly now, slender legs carrying him to that point of light. He did not look back as his friend walked away to the safety of the Hall; Farlin had done his duty as Nightwatchman, it was now his turn, as DayGuard, to protect his people. He pulled back his cowl, feeling the warmth of the sun on his long ashen hair, spread his hands wide to call on the strength of the sun, and prepared himself for the long day ahead.